skip to main | skip to sidebar

The “Elf Chant”, in the Labour Museum Michel Giacometti 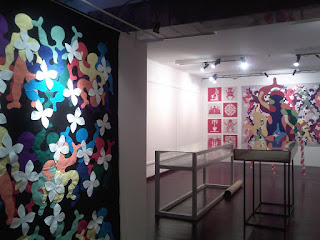 The Elf’s are shy, sensitive and innocent beings with a noble spirit…
They can sing, dance, do theater, dress gracefully
And create wonderful works of art made of spider web,
Dew and the shine of moonlight…

The “Elf Chant” in the Labour Museum Michel Giacometti in Setúbal, is a date request. The Museum wears a new kind of clothing to seduce and enchant. The “Elf Chant” is a call, a party that celebrates the joy of Life and the strength of Love expressed in Art. To this Celebration thirty three adults carriers of mental disability from APPACDM – CAO 1 of Setubal that are fully aware of the importance of the museum’s search for the Beauty and social harmony, got together, because themselves cheer a Pole of the Work Museum, an old Locksmith workshop, constituted in Museum.

Thinking about the comfort of these people, in their great generosity and in the practical conditions of realization, we talked with the board of the APPACDM about the necessary conditions of work. During the months of February, March and April they came to the Work Museum Michel Giacometti, accompanied by the respective monitors, to build one creeper that will unit all of the expositive spaces of the Museum. One great green creeper, with more than one hundred and fifty feet long, which the trunk is made from plastic empty bottles.

The “Elf Chant”, is an temporary exhibition, an elegy to the joy of living and an elegant celebration, drawn for the space of the museum, with the people and the institutions, that therefore got involved, threw several months, in the creative process. AT FIRST THERE WAS ONLY ONE IDEA, one title, one quote of H.C Andersen and the condition to make something happen that didn’t imply buying anything. All Imagination, all ability, all creation and no tricks involved. The result was quiet surprising. The exhibition can be seen in the Labour Museum Michel Giacometti, from April 24th, at three pm, integrates more than twenty works of great originality, made by simple creators, shy sensitive innocent beings with noble spirits, “touched” by the magic of Elfs.


This is, also, an exhibition with a didactic and reflection purpose. An watching exercise, an interrogation about the process of the artistic creation and the liberty of expression.

Correspond to the strong Will of breaking the bounds of all preconceptions.

Exalts the gift of creation and of their creators as the only act of supreme sincerity. 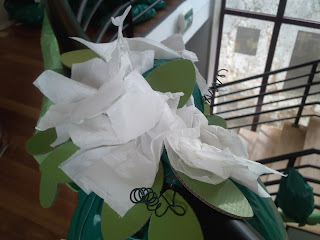 This project also takes as an museum exercise opened in a more wide participation and to the more bold questions.

The “Elf Chant”, is an idea from Nils Fisher, a citizen from the hometown of H.C Andersen, designer, friend of the Labour Museum, believer of the Magic from the Elfs and of his playful way. The idea grew, to it attached the creeper, and other “creepers” followed the steps, and the impossible happened. The result was surprising. Nobody can be indifferent.

Until the moment, are associated to the “Elf Chant” the following people and institutions: 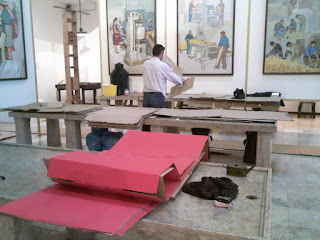